Our Review on the NEW Jabra Evolve2 65 Headset Range 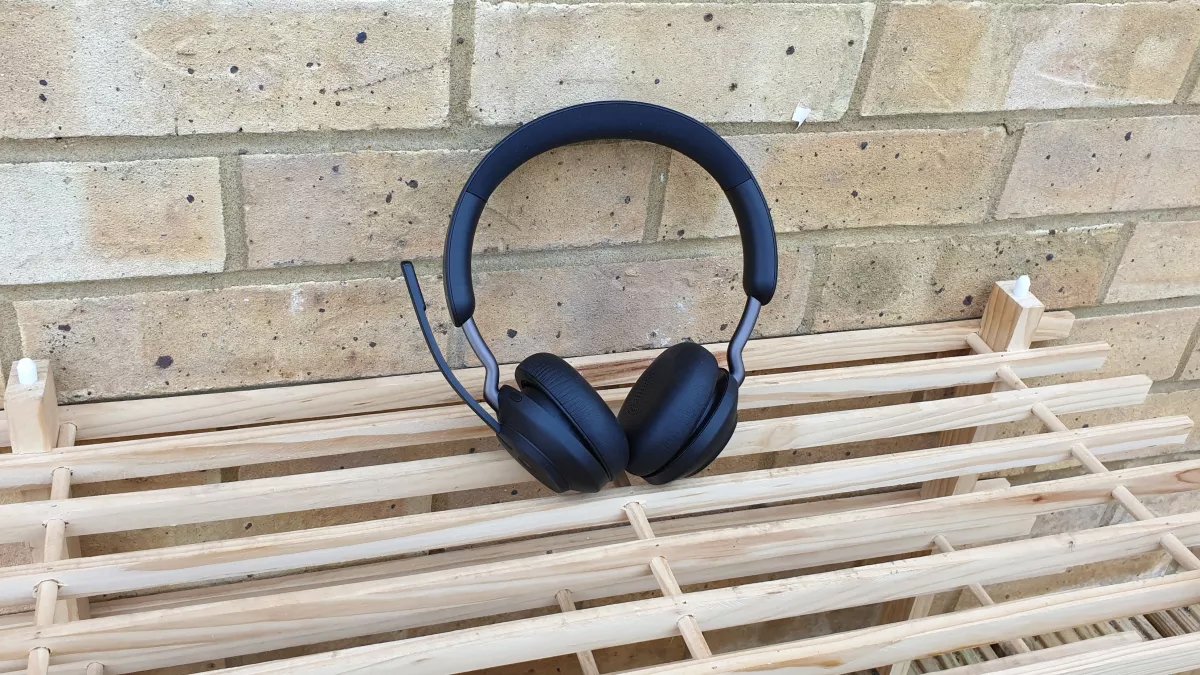 One can thank Apple for kicking interest into Bluetooth headsets into overdrive. The iPhone 7 eschewed the headphone port back in 2016 and since then most vendors have done the same with the presence of the 3.5mm audio connector a rare occurrence, one celebrated mostly by purists and audiophiles.

Jabra unveiled a new Bluetooth headset, the Evolve2 65, one that focuses unashamedly on a business audience that yearns for quality as well as subtleness. Just like its predecessor, the Evolve 65, this new model doesn’t come cheap. Note that it is currently available on preorder in the US, where it is not even listed on Amazon (at the time of writing).

Jabra offers a staggering (and mostly un-needed) 32 possible combinations for the Evolve2 65 to cater to as large of a market as possible. Buyers can opt for mono or stereo speakers, beige or black colour, with or without the charging stand, with a USB Type-A or a USB Type-C connector with all of these variants carrying the option of the “MS” version which is certified for Microsoft Teams.

The sample we received for review is the most expensive SKU, the 26599-999-889, and has a suggested retail price of £299. In a nod to business purchasers, Jabra also offers free trials of the headset for companies of 500+ employees. 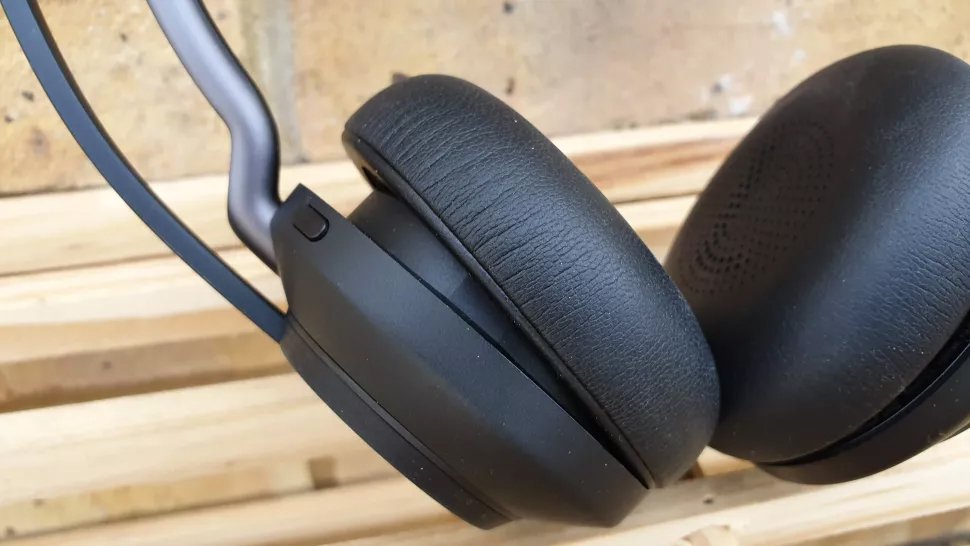 These are on-ear headphones that weigh about 177g; the earpads provide the grip and are covered with a thin faux-leather/leatherette material with dozens of tiny holes that form the letters L or R for the left or right ear.

The head pad is made up of silicone, a soft rubbery material that feels like a slightly deflated balloon; they work well together to ensure that the Evolve2 65 doesn’t move while you’re walking briskly or out for a jog. The ear pads are connected to the head pad via two sturdy aluminum slider arms. 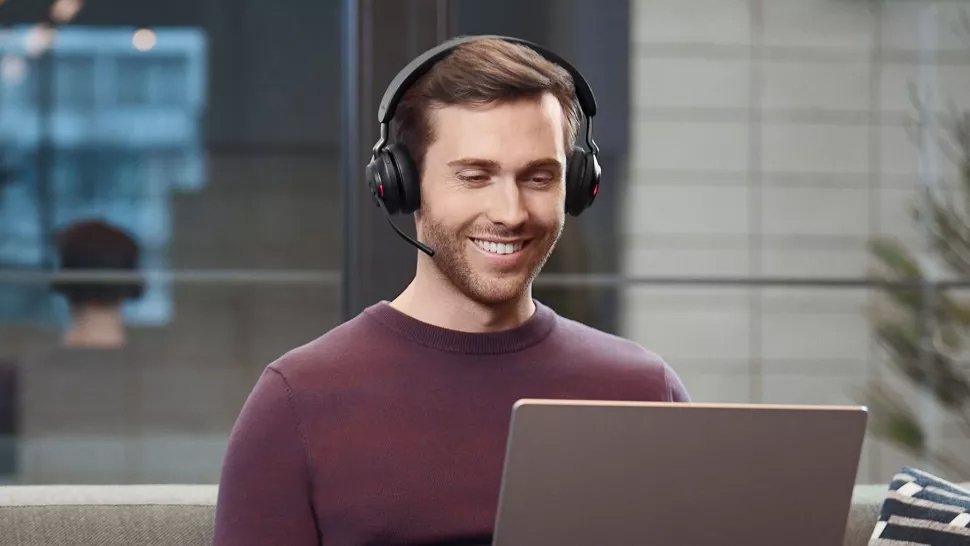 The headset – which comes with a two-year warranty – uses two 40mm drivers that cover the usual 20Hz to 20kHz frequency range while the microphone is a three-mic MEMs array that ranges from 100Hz to 8kHz.

Inside the box, there’s a Jabra Link 380 BT USB adapter, a 1.2m USB-C to USB-A cable, a soft pouch for the headset (not for the stand) and a few leaflets. Not surprisingly, the Evolve2 65 is a Bluetooth 5.0 device, can pair with up to eight devices (but connected to two at the same time) and has an operating range of up to 30m. Of particular interest is that it supports the SBC Bluetooth codec but neither AAC or AptX which might come as a disappointment for some. 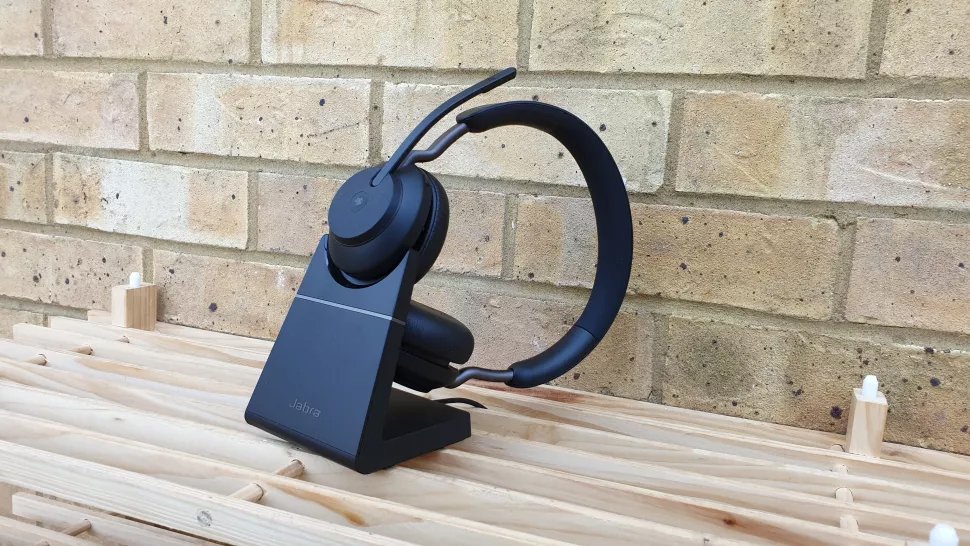 It is interesting that Jabra chose to opt for Teams rather than Zoom or RingCentral. Microsoft, despite being a contender rather than a leader in the online video conferencing industry, is probably the one that has the most to gain from the current exceptional circumstances.

We liked the fact that the ear pieces could move around all three axis fairly liberally to fit my head optimally. Jabra didn’t include a spare audio port just in case you run out of battery and for good reason. The Evolve2 65 has a battery life of up to 37 hours for music playback and 35 hours talk time, which Jabra says is industry-leading. How they manage to pack so much juice in such a tiny frame remains a mystery. 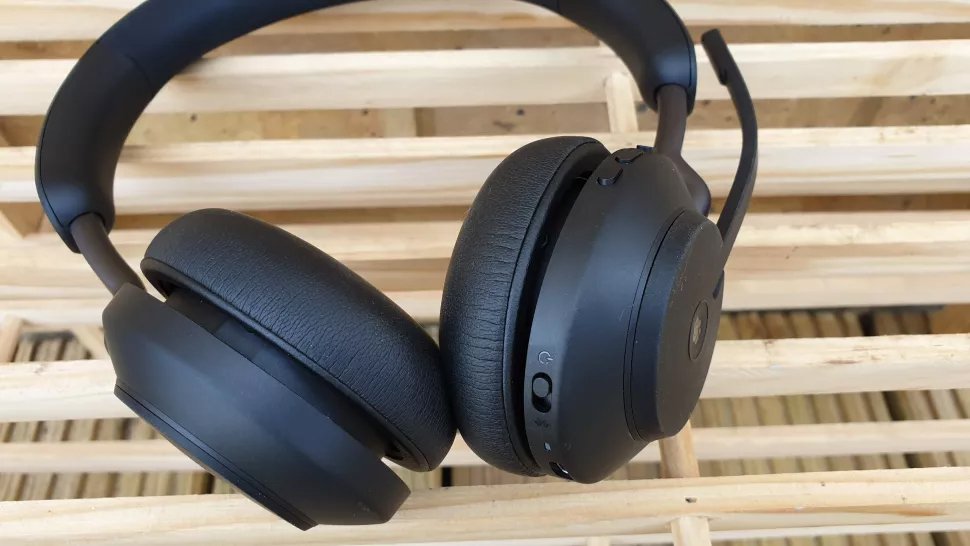 The headset uses Jabra’s universal audio app, Sound+, that can be used to update the Evolve2 65 to the latest firmware (it did during our test) and has some nifty features like being able to locate your Jabra accessory and tweaking the device; there are also five EQ levels should you want to personalize your audio experience even more.

The general audio performance will very much depend on a number of factors but in our (very subjective) view, the Evolve2 65 delivered the goods. Conversing over the microphone was a treat and while there’s no ANC, the passive noise cancellation was very usable. The general sound quality of music tracks, podcasts and conversations was excellent. Granted we only used it for a few hours, we didn’t encounter any audio artefacts, lags or blips. Note that it meets Microsoft’s Open Office requirements.

One issue we encountered was when trying to connect with a second device, swapping between a Windows laptop and an Android device. The process would sometimes fail despite being in range and previously paired with the only option being to restart the pairing process. Some reviewers have reported issues trying to playback audio on paired devices, so it looks like the issue we encountered is not isolated.

The current pandemic has similarly caused many businesses to look for professional headsets as millions of workers have been forced into lockdown worldwide with many having to rapidly adjust their work patterns and environments to accommodate for this sudden change.

So how does the Jabra Evolve2 65 fare? It does a cracking job of offering what we consider to be an excellent audio performance. The leak tolerant speakers combined with the soft memory foam ear cushions reduce the noise levels by nearly half while the microphone cancels ambient background, open office noise by almost a quarter.

The end product is so light that you will hardly notice it after a few hours of use. The battery life is improbably high while the Busylight technology is a welcomed addition. Yes, there are a few minor niggles but we’d consider none of them to be major setbacks. Add the Evolve2 65 to your shortlist if you or your business want to experience a fantastic versatile business headset. 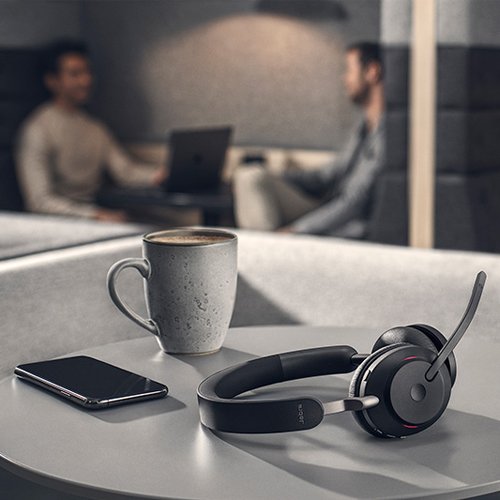 View All Jabra Evolve2 65 Headsets on our store 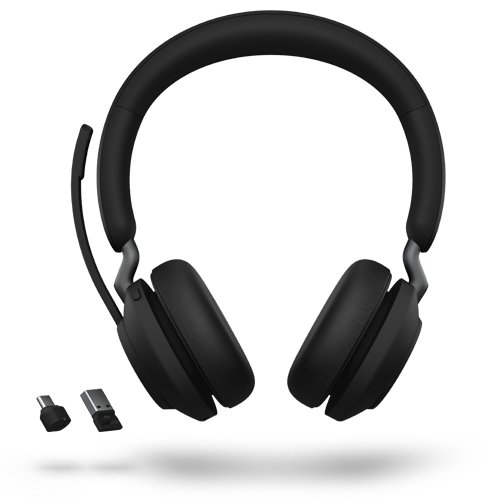 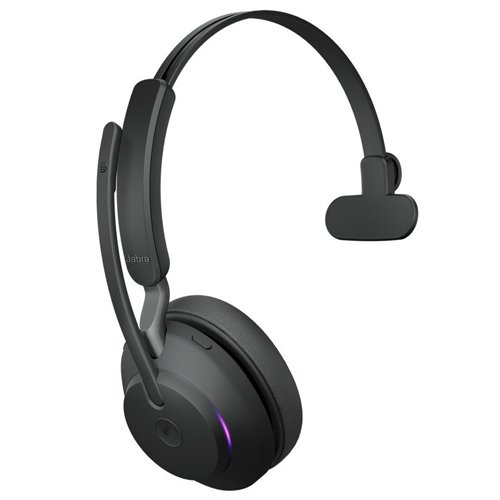 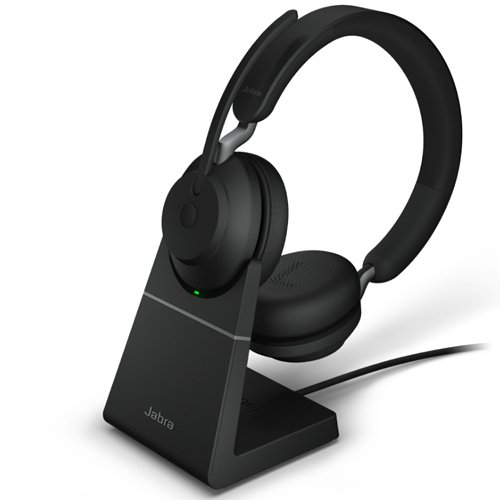 Thanks for submitting your account application.  A member of our team will be in touch shortly following your application request.

In the meantime, please contact us on 01675 432 123 or email sales@headset-store.co.uk if you have any further questions.